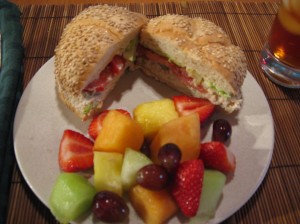 As I mentioned in my post: Ten Tasty Tuna Salad Sandwiches, my grandfather, Kelton Virnelson, used to make the best tuna salad. He only used BumbleBee white albacore tuna, and would add diced celery and onion, white pepper (it was more aesthetically pleasing to the eye), fresh lemon juice and homemade (yes, homemade) mayonnaise. I’ve tried my best to replicate his recipe but use lowfat, store-bought mayo (usually Duke’s Light) instead of his homemade version. 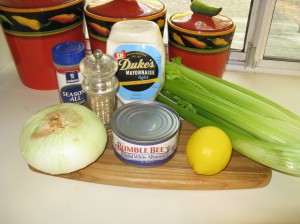 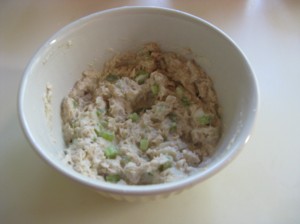 Flake the tuna with a fork; squeeze the juice of a quarter of a large lemon on it (watch out for any errant seeds!) Add the rest of the ingredients; mix well. If I’m serving this on bread, sandwich roll or on a bed of lettuce, I let the tuna salad chill in the refrigerator for a little while. If I‘m making a tuna melt (recipe below), then I like for the salad to be room temperature as it heats faster. 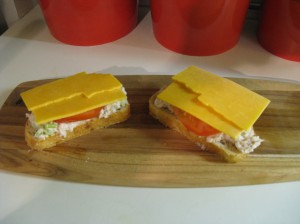 Lightly toast the bread so the tuna won’t make it soggy. Spread some of the tuna on each slice. Top each with a slice of tomato (you can also add onion and/or avocado slices.) Top with cheese. Broil in the oven or toaster oven until the cheese melts. 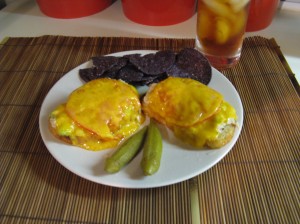