Let There Be Light: Seeing the End of the Tunnel

Posted on September 12, 2013 by kelleychisholm 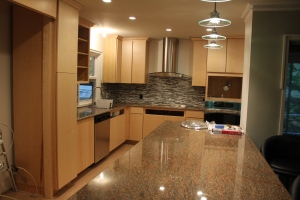 Last time I posted on my kitchen remodel status, we had just gotten running water and a new window as well as floor tiles and the gas cook top installed. It’s been a little more than two weeks since that update and things are really moving along nicely! There IS a light at the end of the tunnel!

First, the painters came and took care of the kitchen as well as our dining area. They did a decent job overall, although we did have a small problem with them taking some of the siding off a couple of cabinets by mistake. Not good at all, but it’s getting replaced, hopefully tomorrow. 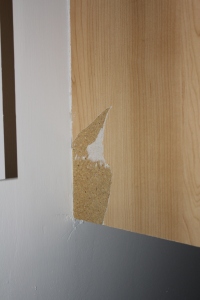 After the painters left, we had the range hood installed. Sweet! 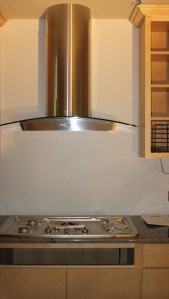 Next up was the back splash, which looks awesome. Brad and I don’t agree on how high it should be on the wall where the hood is — he wants it to go all the way up, but I like it halfway (where it is now) because I think it may be too busy if we take it up all the way. We’re leaving it halfway for now, but may change the white paint to something more colorful. 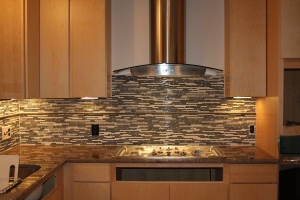 Also, Brad picked out some awesome switch plates that will need to be special-ordered, so the ones you see in these photos will be replaced.

We had some issues with the appliances being installed – the electrical box for the oven was not flush to the wall and needed to be replaced since the oven stuck out. 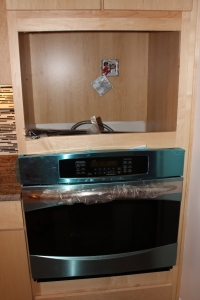 The microwave did not come with brackets, so our cabinet installers are going to take care of that when they come back to install the glass doors on the cabinets over the dishwasher and the panels on our new refrigerator, which was installed just today! 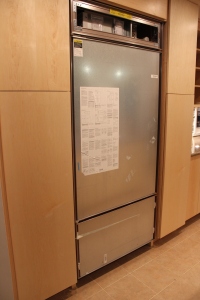 Also installed today was the wine cooler. Again, another electrical issue to keep it from being flush with the cabinets, but that is also being addressed. 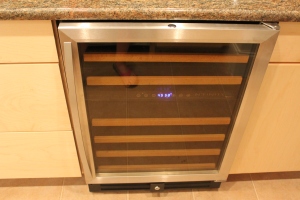 I think my favorite thing since getting running water back was finally having the lights installed and the electricity turned on, which happened on Tuesday! Pendants over the island, recessed lighting on the ceiling and small under-the-counter lights let my tired eyes see how awesome everything looks. 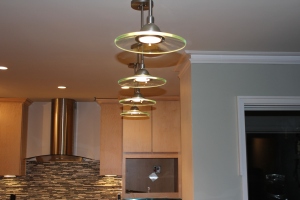 The guys who came to replace the stucco around the window did a fantastic job. They matched the pattern of the existing stucco perfectly and really came close to blending the color with the rest of the house. 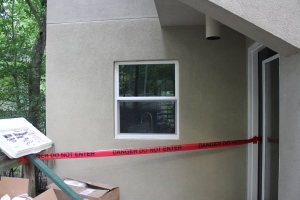 The last cool thing (and I think my neighbors will agree) — the porta john in front of the house is gone! Which is indeed a sign that we’re seeing the light at the end of the tunnel. 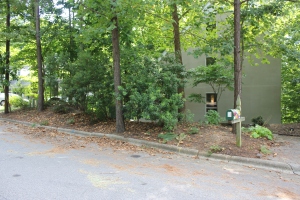 I am so happy that this is coming together and think it looks amazing so far (thanks, Daniel!) 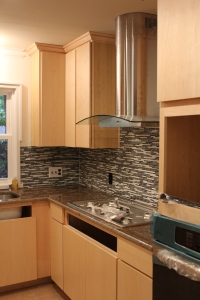 8 Responses to Let There Be Light: Seeing the End of the Tunnel