Tip of the Month, October 2013: Turn Failure Into Fabulous

Posted on October 27, 2013 by kelleychisholm

Every now and then I want to try a supposedly great recipe I find on the Internet or through inspiring photos on Instagram. Usually the recipes work, but sometimes they don’t. Instead of being sad and trashing the entire dish, sometimes I can salvage at least part of it and turn it into something different and yummy.

I decided to make some fun Halloween-inspired foods this weekend and wanted to include apples in some capacity. With the N.C. State Fair in town, my thoughts tuned to caramel apples, but with a twist. I wanted to find an easier way to eat these prepared the traditional way on a stick, and found some great recipes online on preparing apple slices with caramel. Yum!

Many of the recipes I found online had comments that the caramel either too hard or soft to work with, or else the caramel didn’t stick to the apples at all. There were some suggestions on how to overcome this and the one I decided to try recommended adding heavy cream to the caramels.

Everything was smelling, tasting and looking great until I tried to slice the apples. Major fail. The caramel did not stick to the apples at all. I decided to stick the remaining three apples in the freezer for about 15 minutes, and had slightly better results, but just slightly.

Since I didn’t want to waste the remaining two apples (that caramel sauce was just too yummy!), I decided to microwave them, turning the caramel sauce into a warm dip. I had some other apples on hand that I sliced to dip them into the caramel. Delicious! Not to mention easier to make and much less time consuming.

Cut off the top of the apples and remove the core and seeds, making sure you don’t pierce the skin. I used a melon baller for this and it worked great.

Sprinkle the cut side of each apple with lemon juice to prevent them from browning. I placed the apples in a muffin tin for easy handling.

Unwrap the caramels (this is a great kid job!) and place them in the top of a double boiler.

Once you have the water boiling in the bottom of the double boiler, go ahead and put the pot that holds the caramels on top, and add the heavy cream. Stir constantly until the caramels have melted. 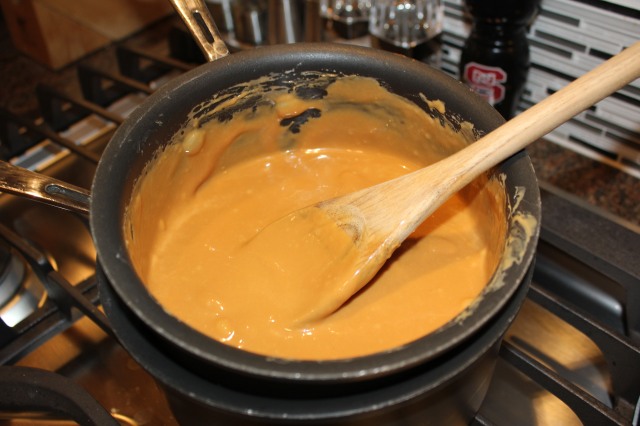 Pour the melted caramel into the apples and sprinkle them with the nuts. 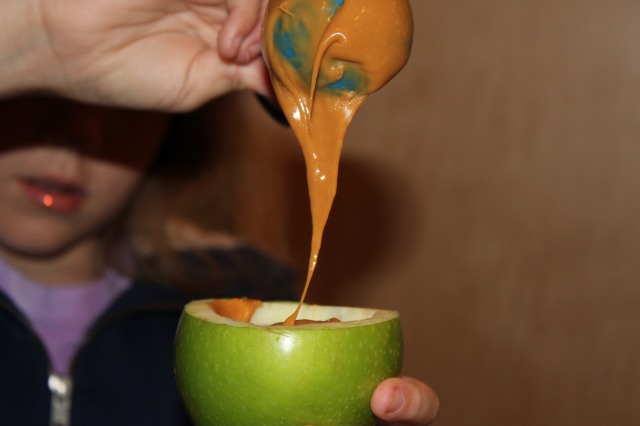 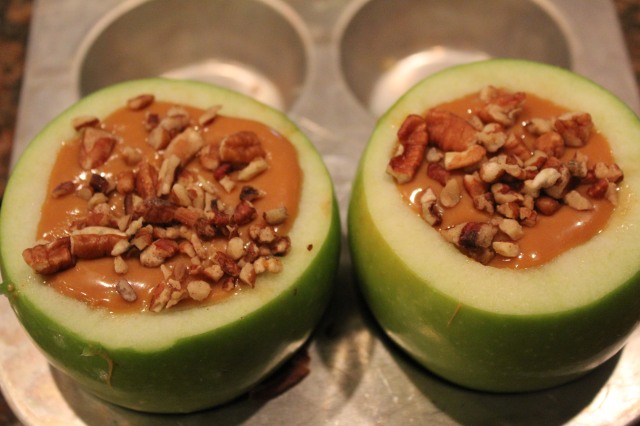 Other fails I’ve been able to turn into something good include making egg salad instead of deviled eggs due to having a hard time removing the shells, or making a trifle out of a cake that refused to come out of the pan nicely.

I’d love to hear how you’ve saved a recipe.