Posted on September 11, 2016 by kelleychisholm

Each year I try to create at least one new stuffed pepper recipe, as I truly love how quick and easy they are to assemble and how wonderful they taste. They also reheat well, which is another big plus. This recipe is truly for the carnivores out there and, as an extra bonus, I’ve included hash browns in the mix for a hearty meat and potatoes meal. Not a meat eater? I’ve got you covered with some tasty vegetarian stuffed pepper recipes, with links  at the bottom of this post.

For this batch, I used red bell peppers since they are riper than green bell peppers, making them sweeter. Plus, they were the nicest looking peppers at the Farmer’s Market. Next time I would add some hot sauce to the mix, because Brad and I both like the extra spice. Also, I had enough of the “stuffing” to fill three large peppers or four medium-sized ones, so plan accordingly, although you can always freeze any of the leftover beef mixture to use later. 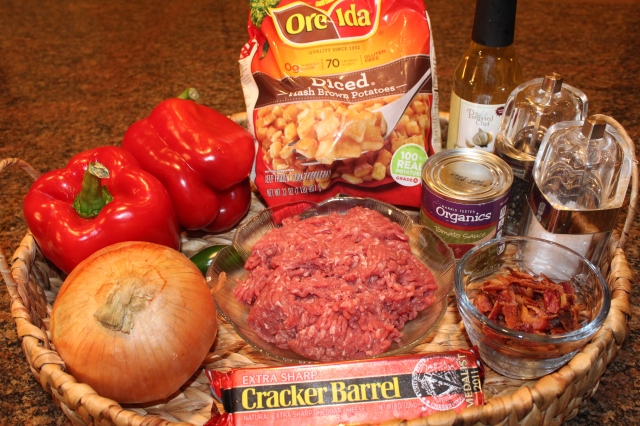 Bring a large pot of water to boil over high heat. Place the peppers in the boiling water and remove from heat. After 5 minutes, drain. Once peppers have cooled, slice lengthwise and remove the seeds and membranes.

Heat oil in a skillet. Cook the hash browns until they are brown and crispy. Place in a large bowl. 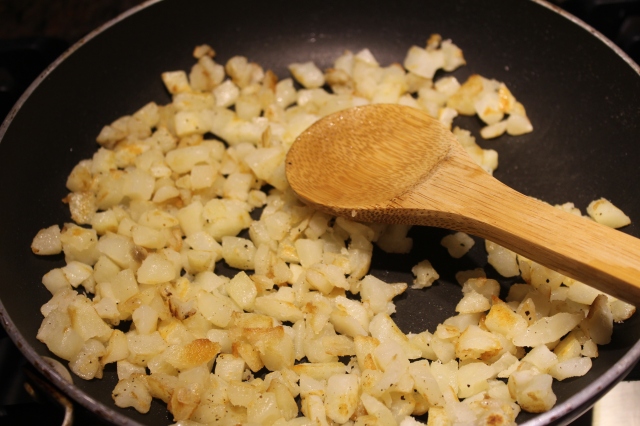 In the same skillet, add the onions and ground beef. Season with several shakes of Worcestershire shire sauce and salt and pepper to taste. Cook until the meat is no longer pink, breaking the beef into small pieces as it browns (I use my Pampered Chef Mix ‘N Chop for this step.) Drain well. 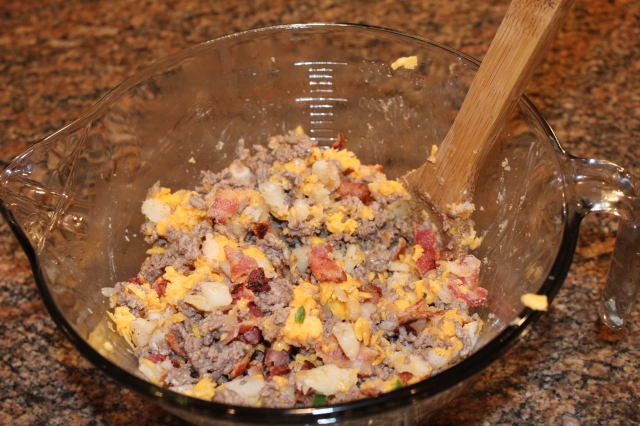 Add the tomato sauce and stir until well blended.

Loosely stuff the beef mixture into the peppers and place them in a shallow baking dish.

Bake 20 minutes, remove from oven, and top with remaining cheese.

Serve with a tossed green salad or some sweet potato wedges. 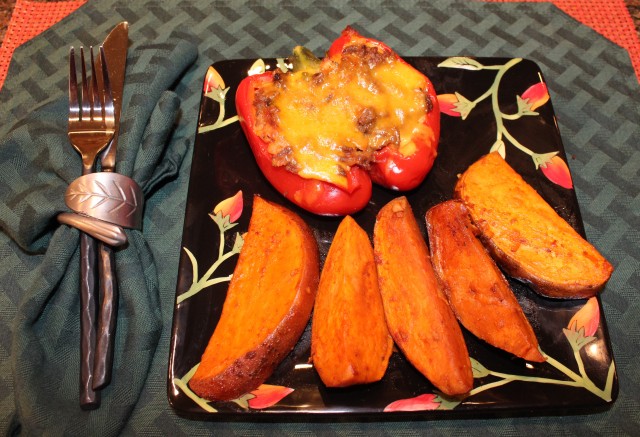 Love stuffed peppers? Check out some of my other favorite recipes: