Posted on January 28, 2013 by kelleychisholm 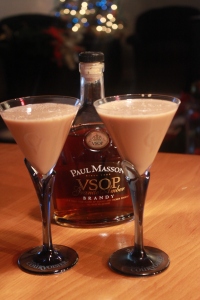 I had just started working part time at The Pub the first time I heard of Brandy Alexanders. This was back in the mid 1980s, when I was going to Library School at UNC-Ch. Being a student, my tastes and definitely my budget leaned toward beer, so I wasn’t really familiar with “fancy” drinks, especially anything containing brandy. That was too grown up for me!

The first person who ordered a Brandy Alexander from me was, of all people, my Mom. I think I’ve seen her drink maybe five times (and that’s stretching it) in 50+ years, so needless to say I was genuinely surprised. I recently asked her if she remembered ordering it and she said, “Oh, yes – it was fantastic!” She said she had wanted to try one for several years and since everyone she was with was with was drinking some sort of alcoholic beverage, she finally decided to take the plunge. When I told JD, our bartender, that my mom normally did not drink, he decided to go next store to the Fast Fare and buy some vanilla ice cream to make the Brandy Alexander extra special. And obviously it was since Mom still remembers how good it was some 25 years later! 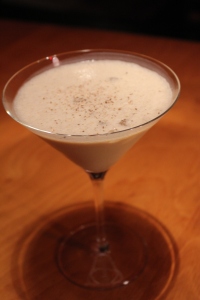 National Brandy Alexander Day is January 31, which prompted this post and brought back these memories. Here are two tasty recipes I think you will like. One is for a traditional Brandy Alexander, except I switch out the heavy cream for fat free half-and-half. The other one is a recreation of the drink that JD made for my Mom. Both are yummy! 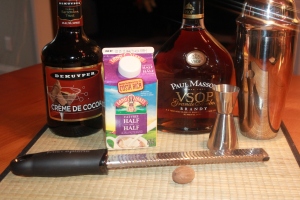 Fill a shake glass with ice. Add the first three ingredients, shake well and strain into a martini glass. Top it with some freshly grated nutmeg. 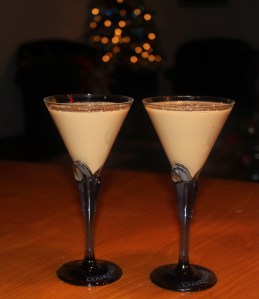 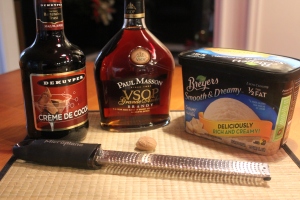 Place the first three ingredients in a blender. Add a handful of ice cubes. Blend well until the ice has been completely crushed and the drink is nice and smooth. Pour into a martini glass and sprinkle it with the nutmeg. 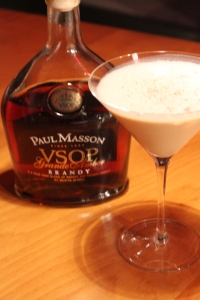 In case you were wondering, brandy has a traditional quality rating system, which normally is indicated on the label near the brand name and may help you in your selection process:

I used V.S.O.P. brandy in both drinks with excellent results.