Posted on November 14, 2014 by kelleychisholm 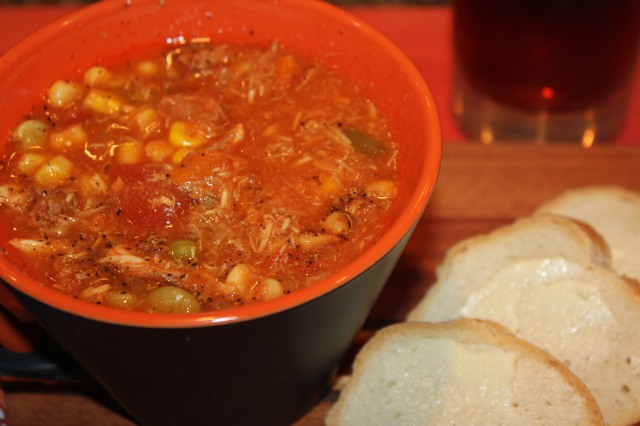 When’s the last time you enjoyed a great bowl of hearty Brunswick stew? My good friend, Shearin, posted a recipe for it on FB the other day, and I immediately realized it had been way, way, way too long since I had made this awesome dish – one of my favorite stews, especially in the fall. I’m not going to get into the history of Brunswick stew in this post, but if you’re interested, please check out Wikipedia’s article at http://en.wikipedia.org/wiki/Brunswick_stew

My recipe has seen various iterations throughout the years as far as the meats and veggies used, but I always include vinegar, which is what I think makes it stand apart from the rest. Also, corn is a must!

For this batch, I cheated and bought one of those precooked whole chickens (garlic and herb) from Harris Teeter ($4.99 on Sundays.) As far as the pork, you may cheat on this as well – just go to your favorite BBQ place and get some with good old vinegar-based (no mustard, no tomato) sauce. Or do what I did and take three country-style boneless pork ribs, cover them with Scott’s Carolina BBQ sauce and several shakes of Liquid Smoke, and “braise” them at 400 degrees F for about 2 hours. I know, that’s excessive heat for braising, but the pork was tender and had an awesome flavor. 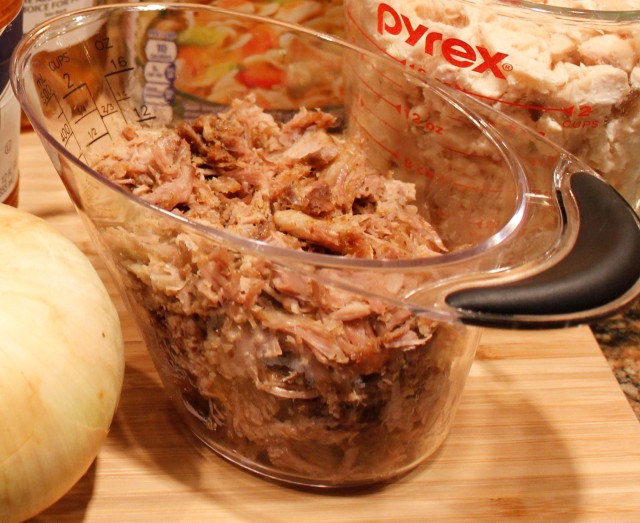 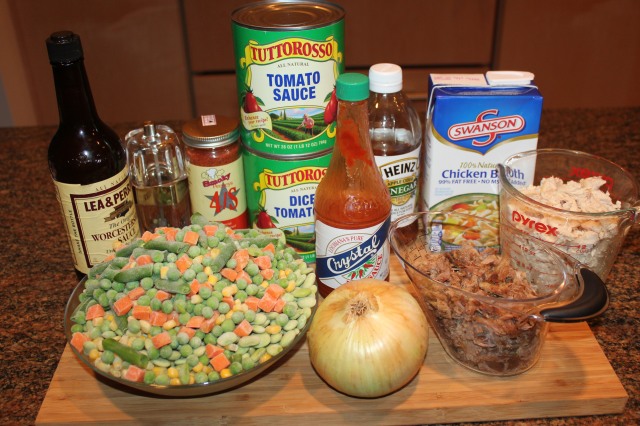 Mix everything together (How easy is that!) 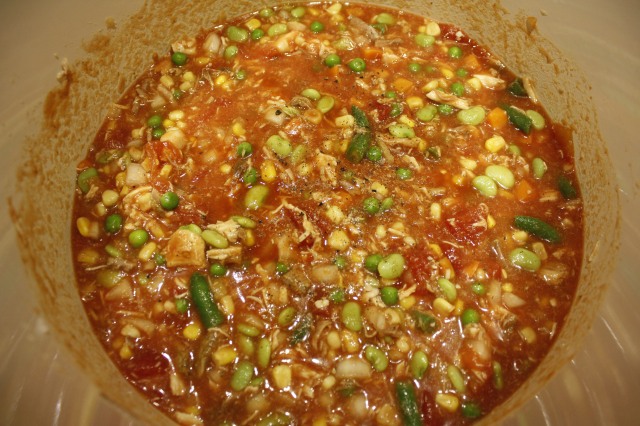 Bring to a boil and then reduce heat. Simmer for 3 hours or so, stirring a lot during the first half-hour of cooking. Or, prepare in a slow cooker on low for 6-8 hours.

I love this with some nice crusty bread and a big glass of iced tea.

Or serve it as a side with N.C. eastern-styled barbecue (vinegar-sauce based), slaw, boiled potatoes and hushpuppies.

This entry was posted in Meat and Poultry, Recipes, Soups and Such and tagged Brunswick stew, Brunswick stew with chicken and pork, eat drink and be merry, Kel's Cafe stew recipes, Kelley Chisholm recipes, vinegar based Brusnwick stew. Bookmark the permalink.