Posted on March 1, 2015 by kelleychisholm 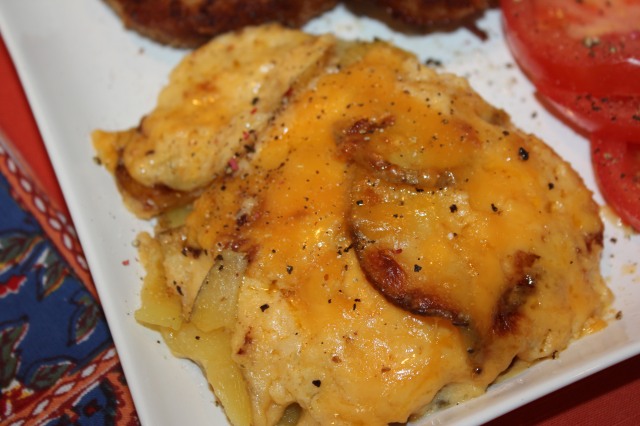 Yukon gold potatoes — what’s not to love? Especially when they go on sale. I especially like to use them when making mashed potatoes, but decided on cheesy potatoes au gratin instead because I wanted to try my new mandolin (officially known as the Simple Slicer) from Pampered Chef®.

I have to admit I’ve shied away from mandolins throughout the years after slicing myself pretty badly the first time I used one. And while the PC Simple Slicer® touts itself as being safe since the food holder protects fingers from its blade, I was still hesitant to try it. But I’m glad I finally did, as it was so easy to slice the potatoes, which came out perfectly uniform and is what you always want in a casserole like this. What an awesome timesaver! 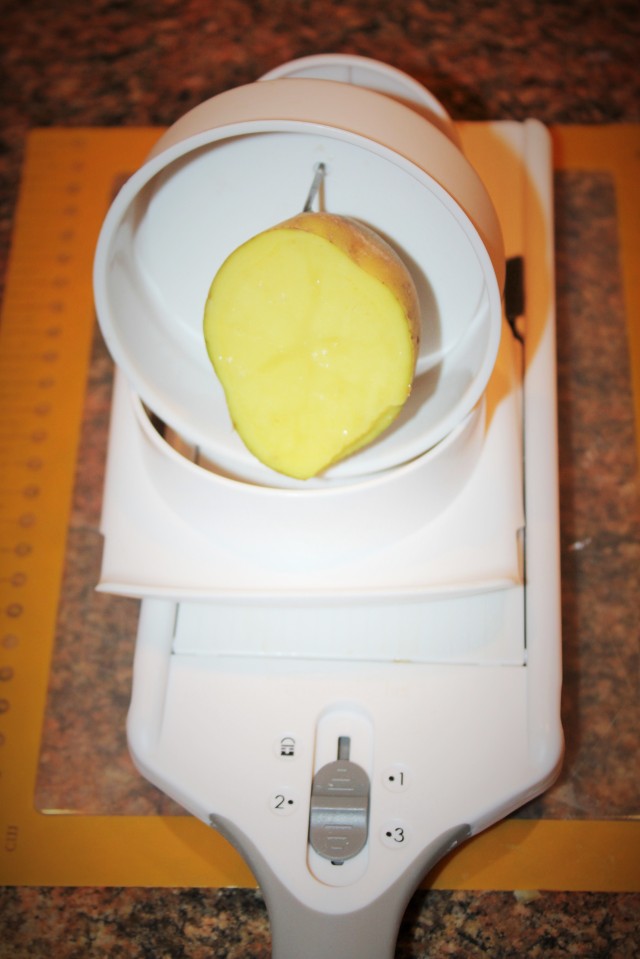 This recipe is so easy to assemble, but it does take a while to cook. Totally worth it, though, especially when this cheesy delight melts in your mouth. The only thing I will do different next time is to add a bit of Asiago cheese to give it a bit of a kick, and perhaps some crumbled bacon to make it the ultimate comfort food! 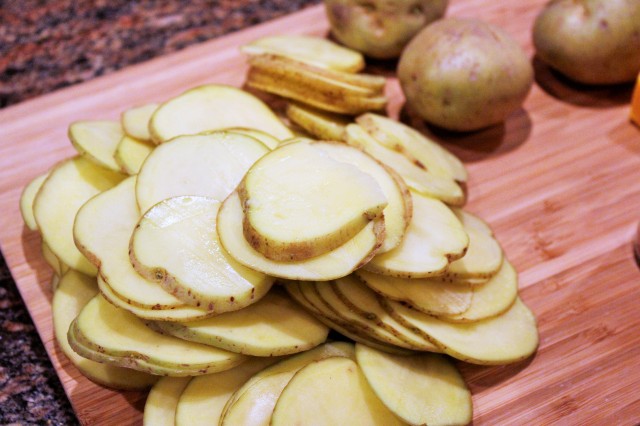 Place potato slices in a large casserole dish (pictured is my PC deep covered baker, and yes, it is clean – the darker areas are just where the stone has been seasoned.)

Melt butter in a large sauce pan using medium heat. Add the onions and sauté for a few minutes until they are translucent. Add the flour, salt, pepper and paprika and mix well.

Stir in the milk and the cheese, minus 1/3 cup of the cheddar. Bring to a boil, stirring constantly. Remove from heat.

Pour the cheese sauce on top of the potatoes and bake uncovered for an hour.

Sprinkle the remaining cheese on top of the casserole and bake for another 5 minutes or so, until the cheese has melted and has started to turn brown.

Let the potatoes au gratin sit for 5 minutes or so before serving. These go particularly well with pork chops. Yes, yes they do! Or just pile them in a bowl and dig in (this is where the crumbled bacon would be a great addition!)