Posted on September 2, 2018 by kelleychisholm 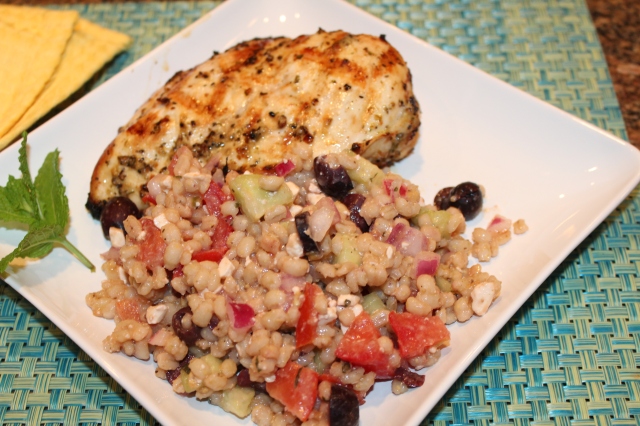 This refreshing and easy-to-make barley salad is great anytime during the year, but especially in the summer when there is an abundance of ripe tomatoes. In the winter, I just substitute romas or cherry tomatoes instead.

You can serve this at room temperature or chilled in the fridge for a couple of hours, depending on your preference. It works well as a side dish to your favorite protein or as a stand alone meal. Eliminate the feta for a vegan version of this tasty salad. 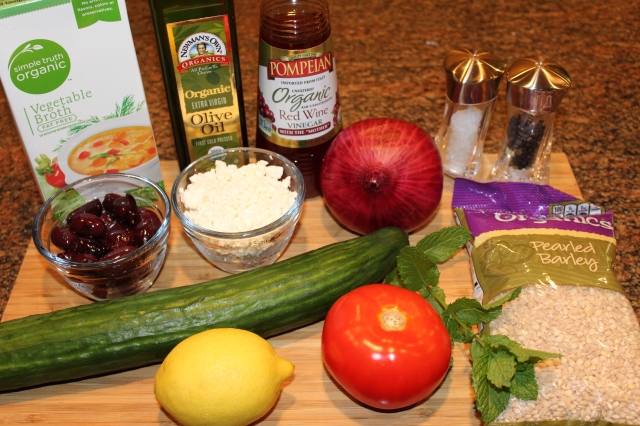 Bring the vegetable broth to a boil and add the barley and a little bit of salt. Reduce heat and cook until all of the liquid is absorbed, about 45 minutes or so. Place the barley in a colander to drain any excess liquid. 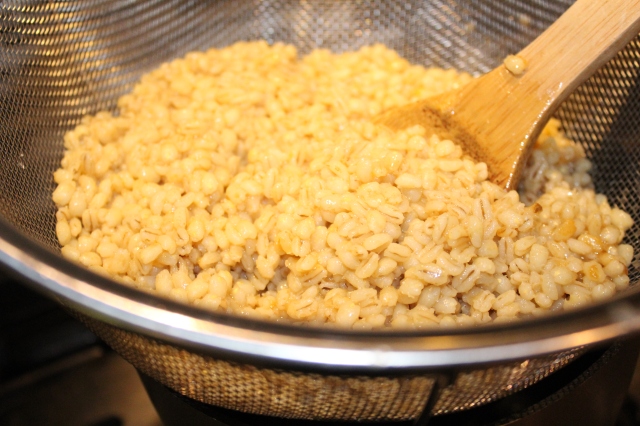 In a large bowl, combine the tomatoes, olives, mint leaves, onion and cucumbers. 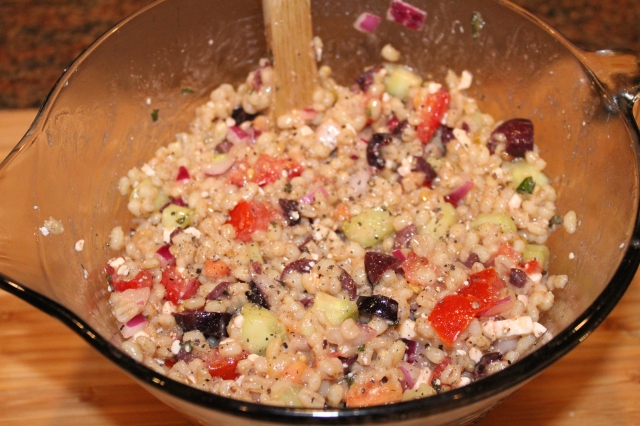 In a small bowl, whisk the vinegar, oil, lemon juice, salt and pepper. 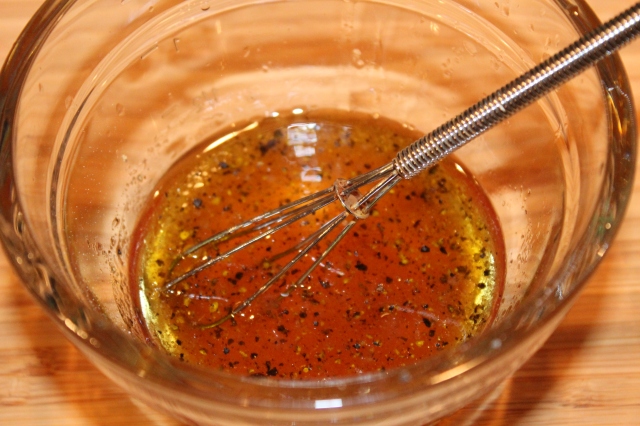 Pour the dressing over the barley mixture and mix well. Serve as is or chilled. 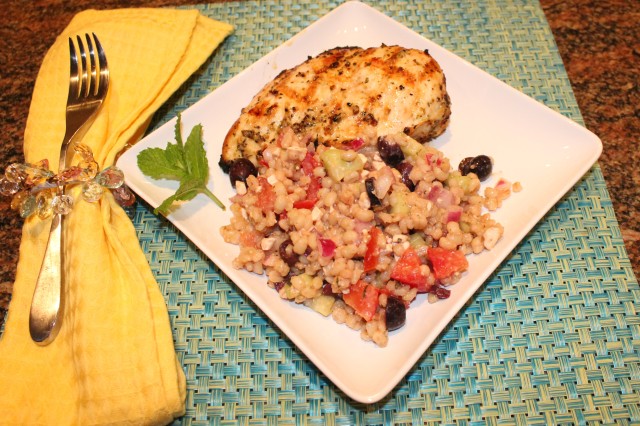